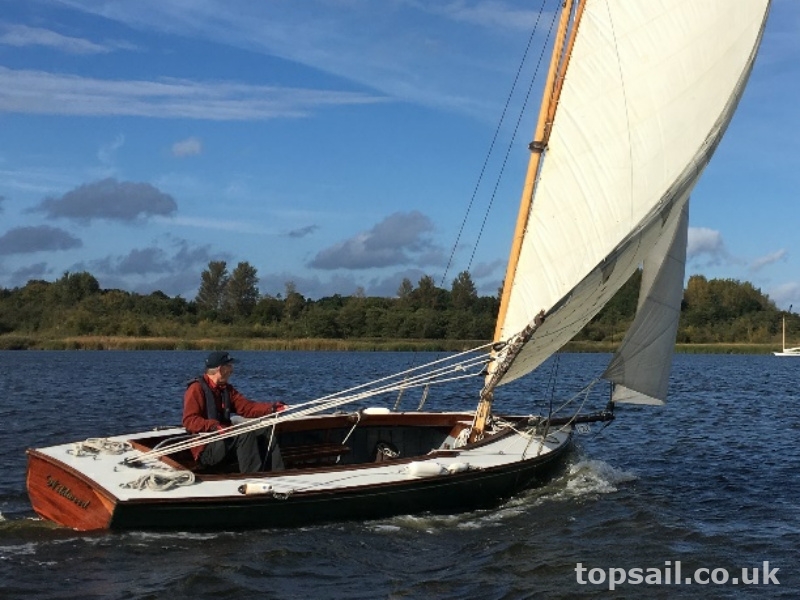 This is an unusual opportunity to obtain a half (50%) share in a well maintained, traditional Broads Half Decker. Wildwood has been co-owned since 2014 and the original owner (since 1996) is now looking to sell her remaining share. She is fully equipped with a silent electric outboard (Minn Kota Endura 55, purchased 2007, running off portable battery) and a recent Top Gun cover (purchased 2013). She is moored in a desirable location on the northern Broads and over wintered at Ludham Bridge Boatyard, having been maintained there annually by the same boatbuilder since 1985. It's believed that she was built in the mid-1950s, and the Broads Authority have five previous owners listed for her, as well as two former names - 'Lucky Chance' and 'Lucky Lady IV'.

In additional to the purchase price of £1,000, the purchaser will be required to meet half of the annual running expenses, including routine maintenance and also, from time to time, additional renovation work and replacement gear as deemed necessary. As an example, the major annual running costs for 2018 came to £3,833 in total (berth £628, BA toll £110, insurance £172, laying up and storage £479, fitting out £2,444), making a half share cost of £1,916.50. In terms of more intermittent renovation, the boat was re-caulked and had some re-planking carried out in 1997 and again in 2010, and she had 30 new ribs fitted in 1999.