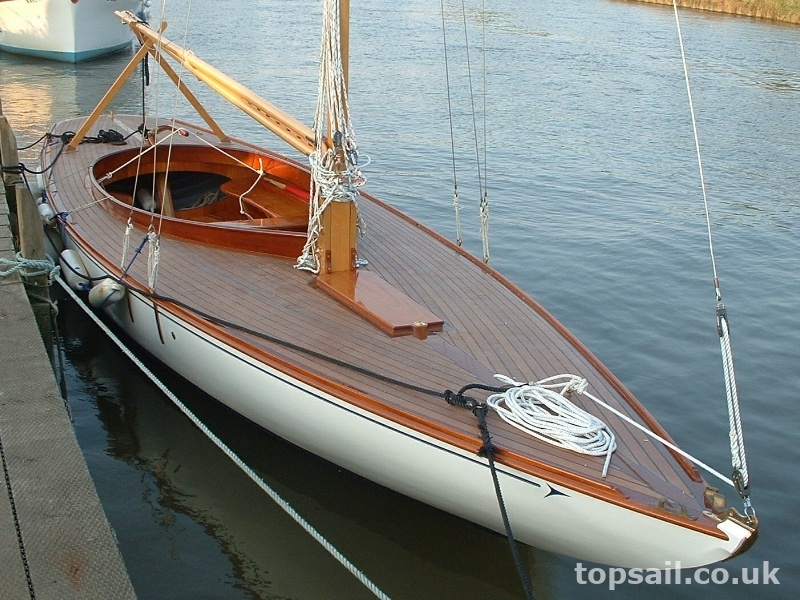 The subject of a major, but sympathetic, restoration between 2002 and 2005, and professionally shed stored since, this beautiful and unusual half decker will undoubtedly turn heads where ever she goes. Her known history begins in 1951 when she was found in Peeks boatyard in Peterborough on the river Nene. At that time she was a gaff rigged with a cabin, and her centre plate had been removed. She was called Gypsy Queen. She was then moved to Harwich, changed to Bermudan rig and cruised the East Coast and across to France. The current owner purchased her on the South coast in 2000 and kept her on the Thames for a season before transporting her up to Norfolk for restoration. He had her cabin removed, the centre plate reinstated and a teak laid deck fitted. A new gaff rig was also designed and fitted with new Sitka Spruce mast and spars. She is ideally suited to sailing not only the Broads, where she currently lies, but also the Thames, etc.

Please note: Photos 1-9 below were taken during sailing trials in September 2005 following the boat's restoration.