ARCHIVE LISTING - NOT FOR SALE! This listing is provided for information and research purposes only! 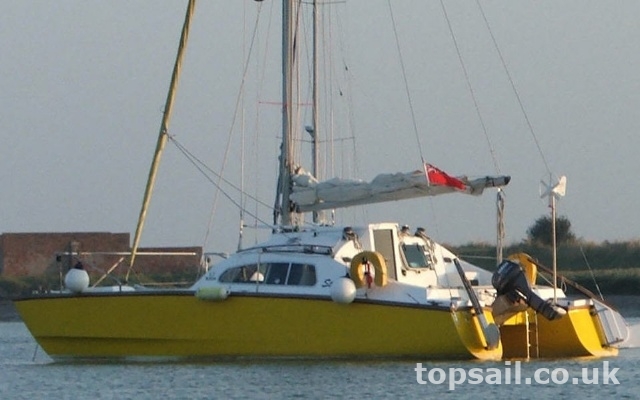 (Please scroll down to the 'Images' section below for more photos.)

This classically styled cruising catamaran had an out of water refit in 1993/04, and was much improved and updated when purchased by the current owner in 2004. A part exchange for a small monohull yacht would be considered.

ARCHIVE LISTING - NOT FOR SALE! This listing is provided for information and research purposes only!